My Hall of Fame/TTM Autographs

1/13/15- Once again it's time for HOF inductions. This year we got another four via the writers, although zero from the Veterans' Committee. They bring me up to 221 unique HOFer autographs. 1/22/14- Once again it's been awhile since major updates. However, this time around I have added six new HOFers that are all part of the class of 2014. This brings my total HOF autographs up to 217 different individuals. 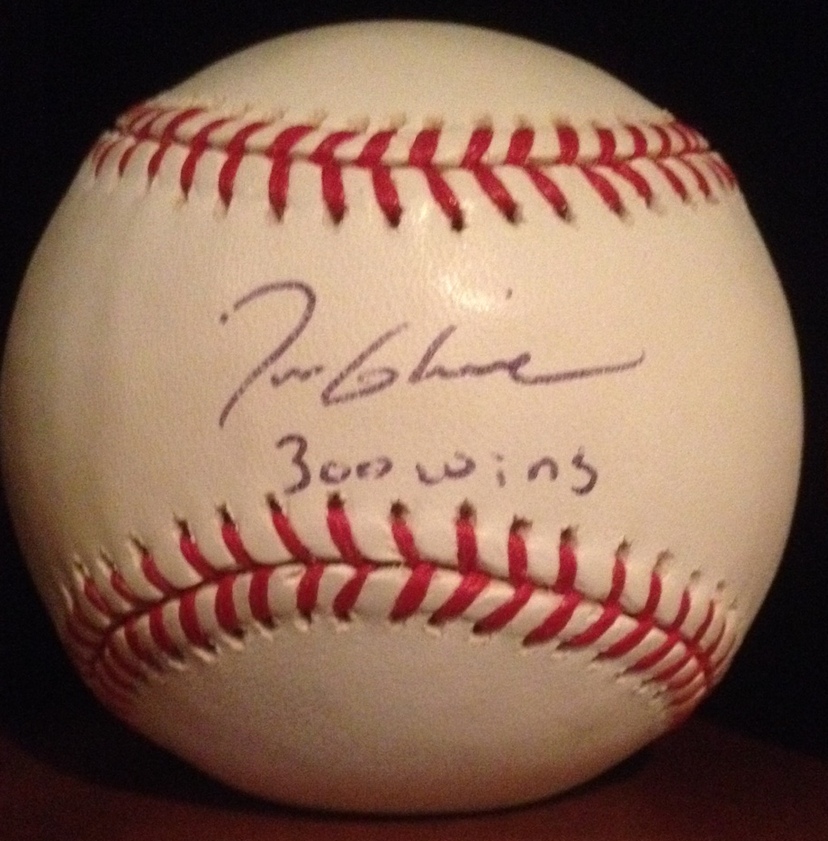 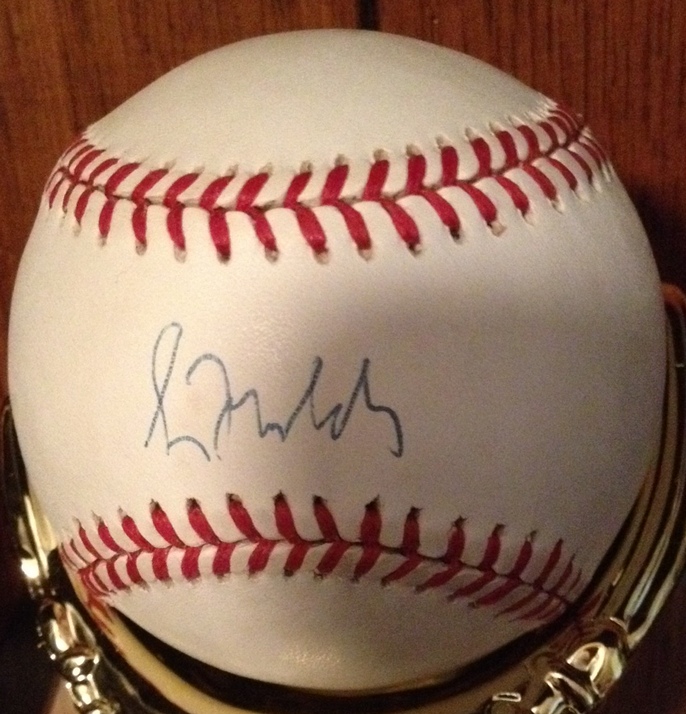 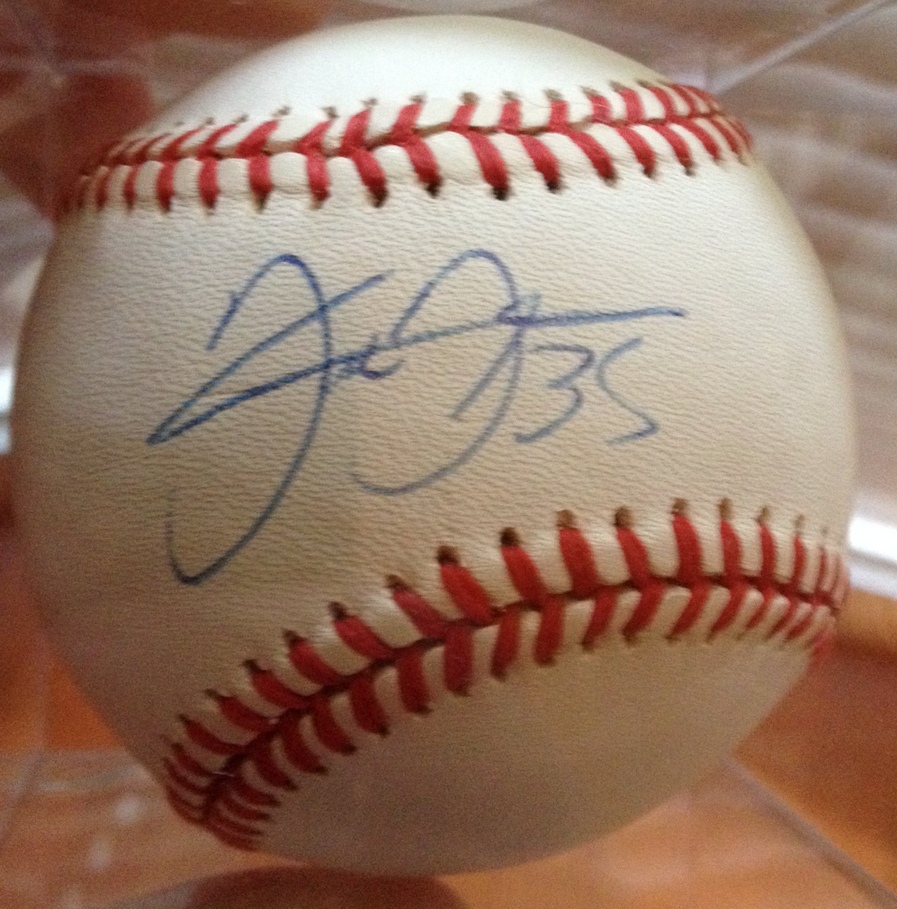 1/21/13- It's been awhile again, but I have updated my site with several new additions. One of them is of recently elected former Yankees owner Jacob Ruppert, who was added through the Veterans' Committee vote this year. He marks my 211th different HOF autograph in my collection. Sadly no other HOFers who are still living were elected into the Hall this year. Hopefully that changes next year.

1/9/12- Finally catching up on my site after a long hiatus. I have updated my TTM Baseball and TTM Non-Sports pages with my successes over the past 9 months. Because it's also Baseball HOF season, I have two new HOFer autographs to report. Barry Larkin was elected to the HOF earlier today, and he joins the previously elected Ron Santo (who was inducted through the Veterans Committee in December). These two signed cards shown below bring my overall HOFer autograph total up to 210 different players. 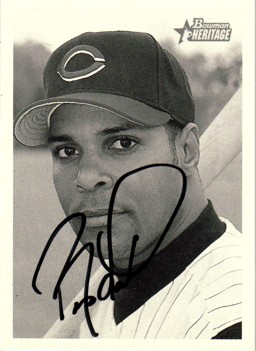 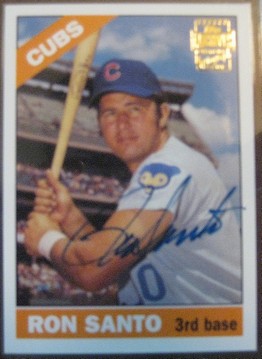 4/15/11- The first American to orbit the Earth, and former US Senator, John Glenn signed my FDC in 90 days from his office address. 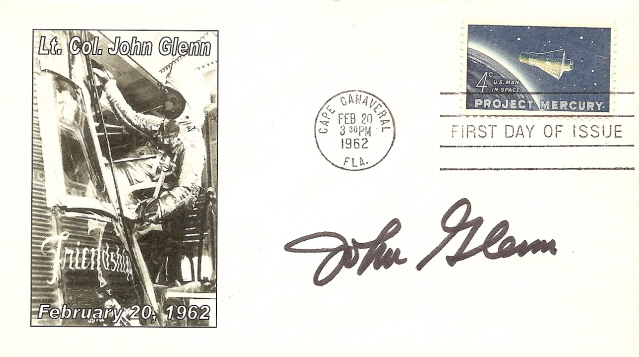 3/25/11- HOF pitcher and former US Senator Jim Bunning signed my card in just over a week from his home address. Bunning seems to have gotten really good at signing since retiring from the US Senate last fall. Previously he only signed for residents of Kentucky.

3/24/11- Former Cardinals star slugger and current hitting coach Mark McGwire signed my card in 10 days from the Cardinals' ST address. Really happy to get this one, especially since it seems that I have missed out on the Vladimir Guerrero sweepstakes. 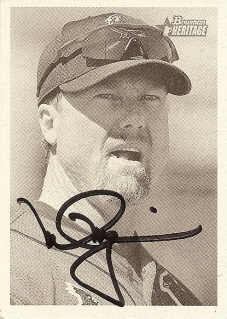 3/22/11- Potential high 2011 draft pick Bubba Starling signed my card in just over a week from his home address.

3/21/11- Former Mets star Mookie Wilson signed my card in about three weeks from the Mets' ST address. In the past he was an impossible TTM signer.

3/4/11- My first Spring Training success of 2011, Indians top prospect and 2010 draft pick Drew Pomeranz signed from the team ST address in about a week.

2/11/11- Former Yankees reliever Mike Stanton, who pitched for several Yankees World Series teams, signed my card from his home address in just over a week.

1/21/11- One of my most wanted celebrity autographs came back today signed for me. Former Guns 'N Roses guitarist Slash signed my 8x10 of him in about three months from his home address. 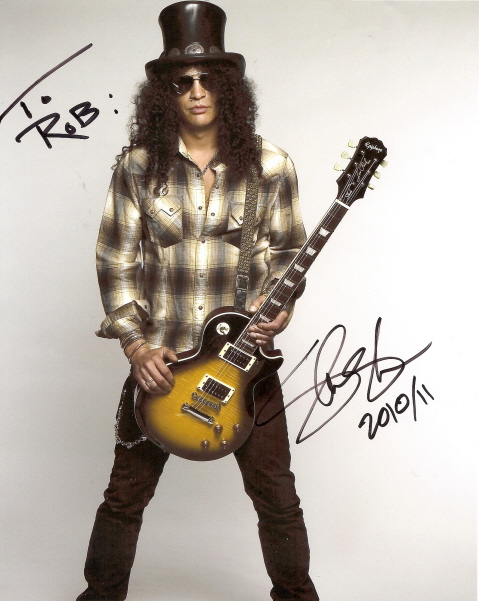 1/8/11- Received former GM Pat Gillick in 9 days, who was just selected by the HOF Veterans' Committee to be enshrined in the HOF for the Class of 2011. He added his HOF year without asking. Gillick constructed the back-to-back Toronto Blue Jays 1992 and 1993 WS winning teams, among others. He signed a card commemorating the 1993 World Series for me. This success marks my 208th HOFer autograph now in my collection. 1/5/11- Today the 2011 BBWAA HOF voting results were released. Two new players were added to the HOF ranks, Roberto Alomar and Bert Blyleven (finally). I received Mr. Blyleven TTM in the past, and I have posted a scan of that below. I also own a Roberto Alomar signed Donruss card. This brings my total HOFers up to 207 different members. 1/1/11- Posting my end of 2010 stats for my TTM collecting. I sent out very few requests compared to previous years, but my success rate was actually slightly higher overall.

12/29/10- Legendary actor James Earl Jones signed my photo in about 4 months from his production company.
12/20/10- Rockies prospect Tim Wheeler signed my card in 231 days from his team address.

12/14/10- Retired former All-Star Luis Gonzalez signed my card in over a year from the Diamondbacks' team address.

11/16/10- Olympic Gold Medalist Mark Spitz signed my card in about a week from his home address.

10/28/10- Former American Idol contestant Jordin Sparks signed her A&G card in about a month from her current Broadway play.

10/14/10- Another return from Indians prospect Alex White, who appears to be going through his old mail. This one was sent to his AA team during the 2010 season.

9/21/10- Indians prospect Alex White signed my card sent back in February to the Indians ST complex.

9/16/10- Former Olympians Ivory Crockett and Summer Sanders signed their A&G cards in 52 and 30 days, respectively from their home and work addresses.

9/2/10- Legendary rock star Ozzy Ozbourne sent me a signed photo in a month from his home address.

8/30/10- 2010 J.G. Taylor Spink Award winner Bill Madden signed my card in about two weeks from his newspaper, and professional dancer Judson Laipply signed my A&G card in just over a month.

8/11/10- Key member of the '69 "Miracle" Mets Cleon Jones came in today in just over 2 weeks. Until recently he had been a TTM non-signer, but for whatever reason that has suddenly changed.

8/2/10- Busiest mail day all summer. Negro Leaguer Hank Presswood signed my A&G card in a week from his home. Recently traded White Sox pitching prospect David Holmberg signed my card in a month and a half. Finally, another oddball A&G return in the form of Preston Pittman.

7/28/10- Max Kepler (Twins) in today. He set the record a year or so ago for the highest contract ever signed by a European baseball prospect.

7/2/10- Tony Sanchez (Pirates) in about a week. He was a late injury scratch from the FSL All-Star Game last month, so I'm glad to get him back.

6/21/10- Trevor May (Phillies) back in a little over 3 weeks. Of course I got a bunch of cards signed by him at the FSL All-Star Game just last week already.

6/7/10- Simon Castro (Padres) back today. He has one of the worst signatures I've seen from a baseball player.

It seems the deaths keep on coming, sadly. Phillies HOF pitcher Robin Roberts, a legendary pitcher from the 1950s and '60s, died today. He also signed for me TTM several years back, and was always a gracious signer to fans. As with Harwell, he will be missed by many. 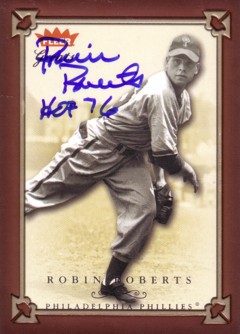 5/5/10- Tigers HOF broadcaster Ernie Harwell passed away today after a long battle with terminal cancer. He signed for me back in 2004 when I had just begun collecting autographs in the mail. Mr. Harwell continued to sign through the mail until just a month or so ago. He will be missed. 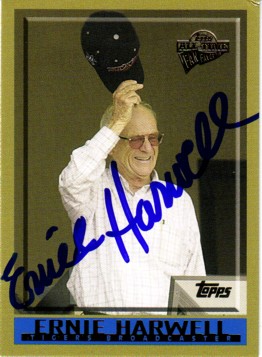 5/4/10- Long wait on this one. Former US Senator and father of Evan Bayh, Birch Bayh signed my card in close to two years from his law firm. Unfortunately the signature is almost invisible on the card background, since he signed in black pen.

4/30/10- Dodgers pitching prospect Aaron Miller signed my card in 13 days from his team.

4/26/10- Pitching prospects Rex Brothers and Pedro Figueroa signed in 9 days each from their respective teams.

4/24/10- Braves pitching prospect Randall Delgado signed in a week from his team address.

3/4/10- Got a late start this year on my Spring Training mailouts, so I didn't receive my first until today. Tigers prospects Alex Avila and Robbie Weinhardt both signed in 7 days from Tigers camp.

2/5/10- My first success of 2010 came in the form of Adam Kennedy, new Washington Nationals infielder. Took two weeks from his home.

1/6/10- After a crazy 2010 Baseball Hall of Fame election, we have one more new member: Andre Dawson. This brings me up to 205 different members of the Hall of Fame that I have signatures of.

1/4/10- Things have been very quiet lately, hence the lack of updates. I'm hoping that the upcoming start of ST will change things.